This artwork is a part of the art exhibition “Boundless Limit” 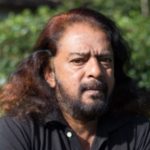 No product has been found!

You have already reported this
Clear Clear All